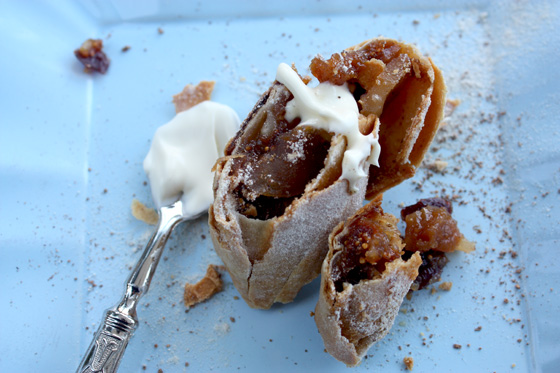 It took me a whole year of skeedaddling [is that even a word?] to finally get over my apprehension of actually participating in a Daring Baker’s Challenge [they always pick such elaborate difficult recipes that tempt me to eat but send shivers of failed bake attempts down my spine]. The May Daring Bakers’ challenge was hosted by Linda of make life sweeter! and Courtney of Coco Cooks. They chose Apple Strudel from the recipe book Kaffeehaus: Exquisite Desserts from the Classic Cafés of Vienna, Budapest and Prague by Rick Rodgers. 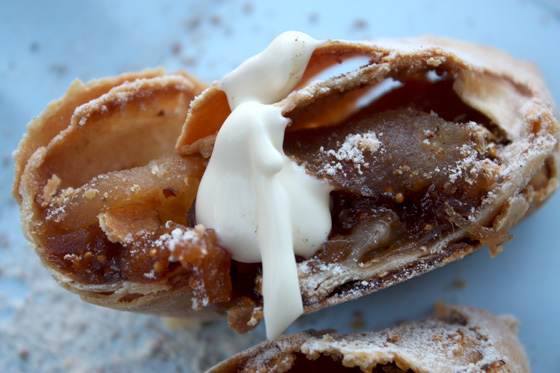 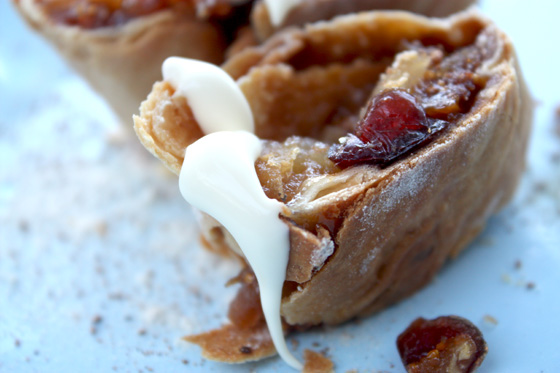 Now I have only ever had strudel once in my whole, entire life [shocked gasp!] and I loved it. So I was game for the challenge right away. I most probably have missed the deadline for the challenge as I write this post but it was an amazing experience, a learning curve for me. It opened up my eyes to the wonderful world of pastry, rolling and finessing it is one hard task, I tell you. My strudel was by no means perfect in form, but it made up for it in taste. I also rolled the dough with a rolling pin, my arms are still thanking me for it two days on with some minor aches and pains, I just couldn’t stretch it. Here is my recipe that I settled on after a lot of googling. 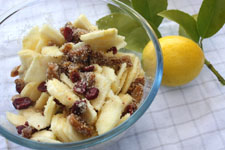 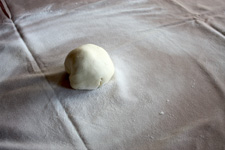 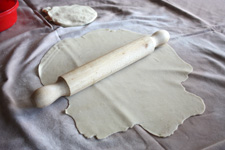 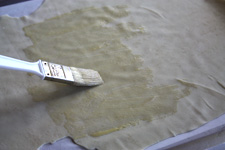 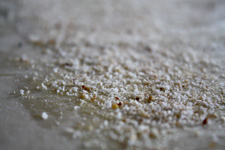 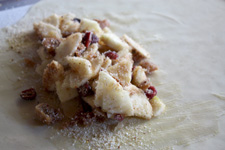 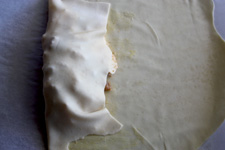 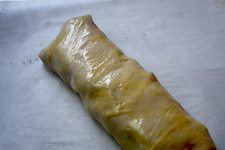 We are a day away from winter here in Sydney and there is a cool bite in the air. So the first thing I did was preheat my oven to a scant, albeit warm 100oC. I switched it off after 10 minutes.  I combined all the ingredients in a large bowl and mixed them by hand, kneading the dough as I would for regular bread, shaping and reshaping with fingers, knuckles, knocking and turning. Then using the dough mixing attachments on my hand blender, I processed the dough for about 2 minutes. Then back to kneading by hand till it formed a smooth, pliable, strechy ball. I rubbed some oil over it and placed it in the warm oven for 90 minutes.

When the dough was resting I combined apple, fig, craisins, cinnamon, nutmeg, lemon juice and sugar in a bowl. I tossed it around to mix it well and set it aside. 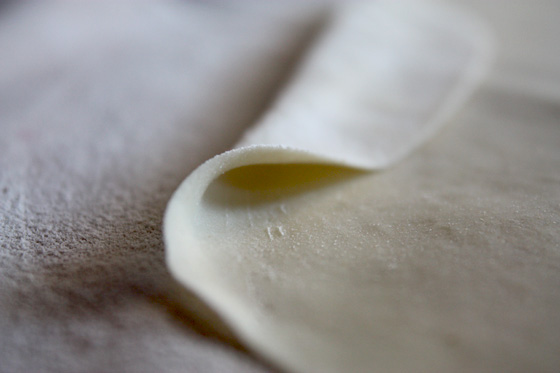 When the dough was ready, I took it out of the warm oven and set the oven to preheat at 200oC. I spread a clean linen tablecloth over my huge dining table. I dusted it with plain flour, rubbing it into the fabric. Using the prepared work place, I placed the dough on the table cloth and started stretching it by hand. After several futile attempts I gave up and out came the rolling pin. The thing I realised at this point was that the dough was not stretchy enough and probably needed more liquid. Storing that thought away into the deep recesses of my mind for the next time, I started tediously rolling the dough as thin as I could. After huffing and puffing for 20 minutes, I got it as thin as a good quality writing paper and was very pleased with the result.

I brushed the rolled dough with some melted butter, sprinkled some breadcrumbs and placed the filling over it. I then started rolling the dough over the filling tightly, tucking in the ends as I went. I brushed some more butter and sprinkled breadcrumbs before each roll. Finally I seal the ends with more brushed butter. I placed the prepared strudel over a biscuit tray lined with baking paper. After brushing the top with melted butter, I baked it in the oven for 20 minutes. When it was golden on top, I removed it from the oven.

I sliced it while it was still warm and served it with some lovely mascarpone cheese. 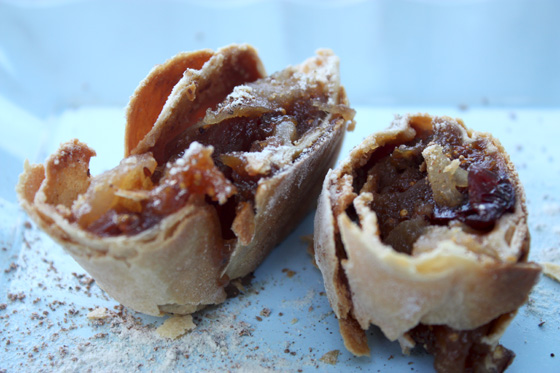