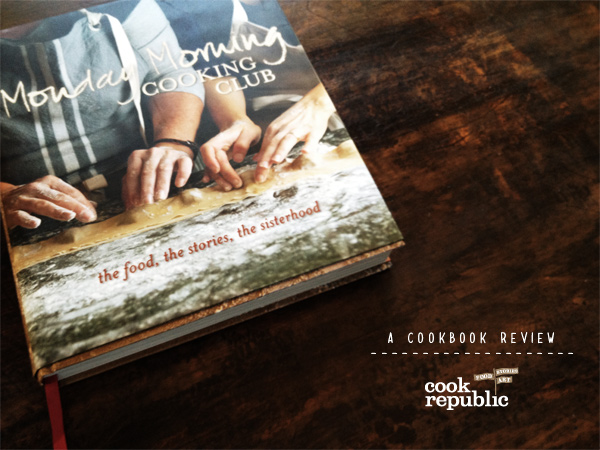 A couple of years ago on one of my weekly cookbook stalking jaunts at my local bookstore, I fell in love with a book just by it’s cover. I bought it for my birthday with the gift card my brother and his wife gave me. It was a cookbook unlike any other I had perused before (and those of you who stalk my various social profiles know that I have a lot, somewhere in excess of 600). It was a cookbook about a group of women who cooked every Monday morning. A group that became a club, a club that preserved tradition and immortalised it for future generations through stories and recipes in a gorgeous compendium. A sisterhood. The Monday Morning Cooking Club. 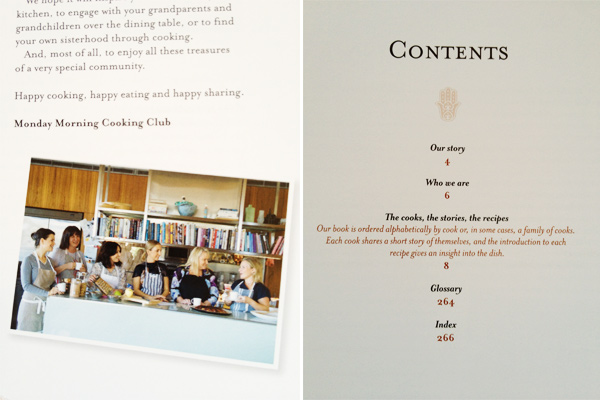 Now I know that there have been cooking clubs but what these gutsy gals have done is truly commendable. They have taken a local meet and cook to a whole new level. They have gone mainstream with their cooking club, sharing their stories and family recipes with the world via a stunning cookbook, inspiring scores of people to explore different cultures and embrace the tastes of their melting pot. And they are donating all profits to charity. The Monday Morning Cooking Club cookbook published by Hardie Grant in Australia reads like a story woven around the cooks (the Jewish community) that have contributed to this rich resource. Each recipe in the cookbook unravels that cook’s culture and food. There is a good mix of savoury and sweet but a cursory glance at the cookbook will tell you that the world is more a sweet place than savoury. 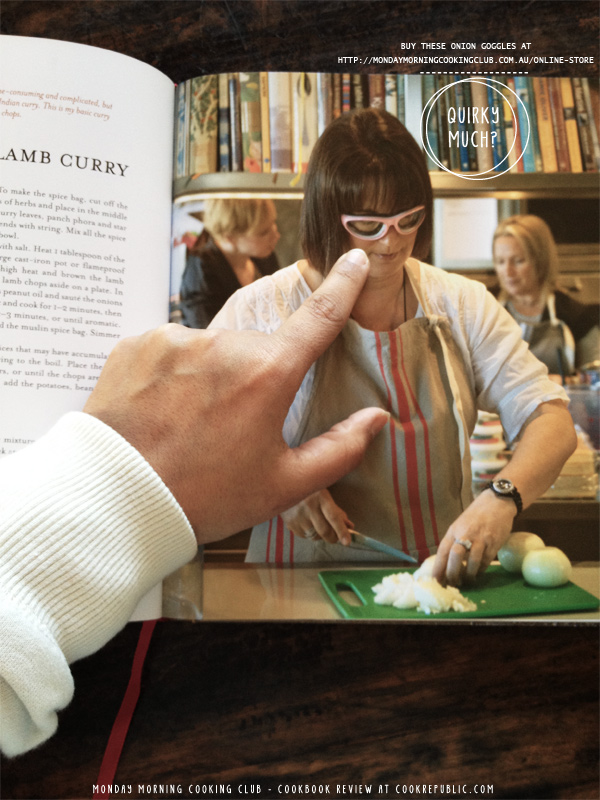 The cookbook skims the surface of many cultures without becoming too intimidating for the experimental cook. It does well in sharing some of the key recipes from most cultures. There are interesting snippets of information, both cultural and technical. Interspersed with stunning photos of the recipes are pictures of the process and people enjoying and celebrating the wonder that is food. 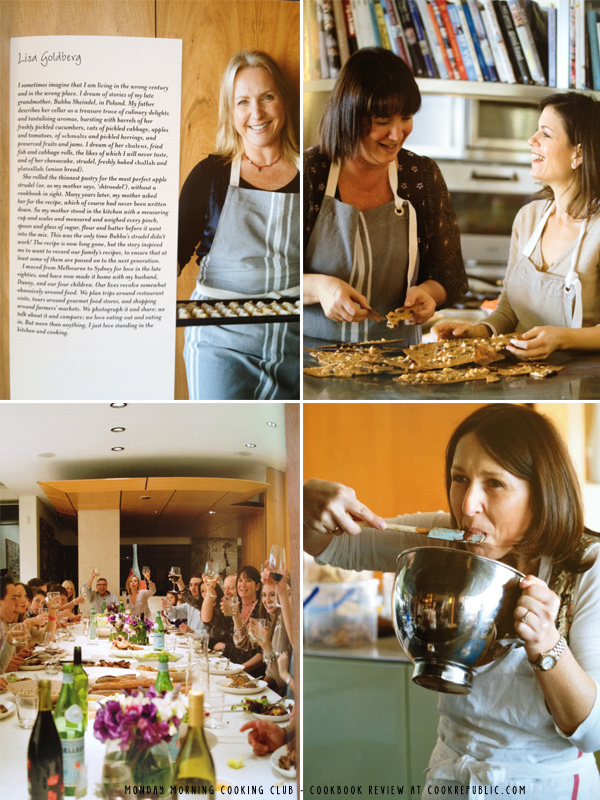 Some of the recipes that instantly caught my eye were My Own Red Chicken (an interesting brown sauce based baked chicken recipe from South Africa), Pelushki (a type of Polish dumpling made with potatoes and onions), Custard Chiffon Cake (a gorgeous yellow cake that looked like it was made of clouds), Fish Sambal (an Indonesian fish curry), Bienenstich (honey almond squares from Vienna), Zserbo Slice (a Hungarian walnut and chocolate pastry), Plum And Walnut Kifli (cream cheese filled rolled pastry), Patilla (Russian prune and walnut log), Masala Chili Fish (a spicy fish curry from India), Palacsinta (Hungarian chocolate pancake dessert) and Baby Peri Peri Chicken.
I have cooked quite a few recipes from the cookbook and adapted some others. They have always turned out well. The recipes are clear and concise and the accompanying stories give you a feel of what you are cooking. I have adapted, cooked and blogged about Coffee Kugelhopf and Honey Chocolate Pistachio Bark from the Monday Morning Cooking Club cookbook. This cookbook is a celebration and a must buy if you love food, culture, stories and the whole sense of community. 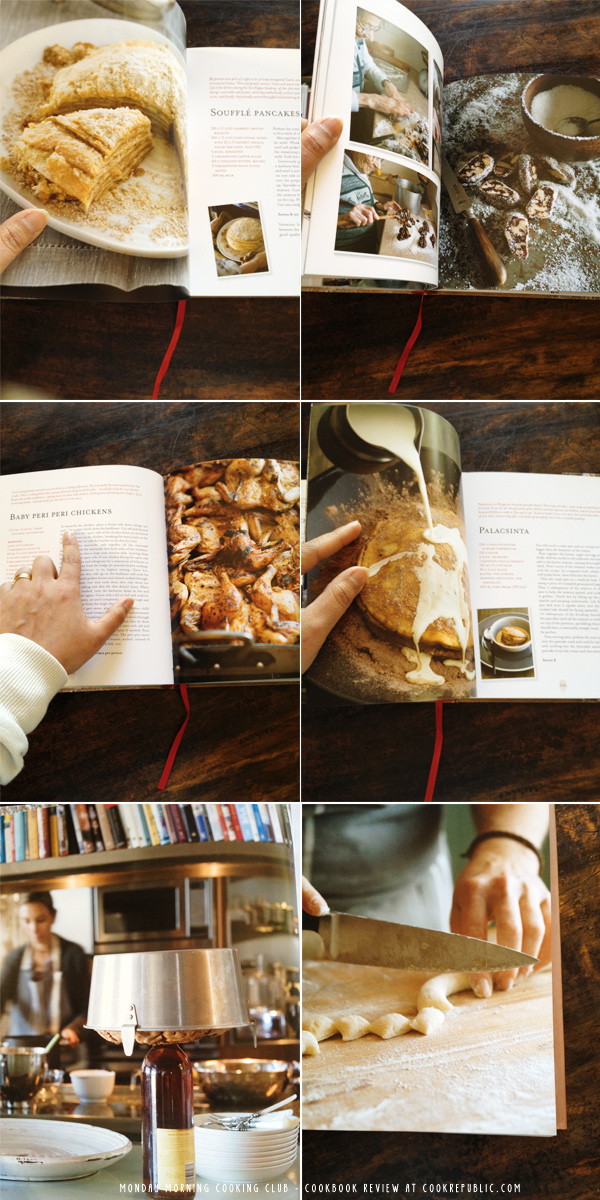 Hardie Grant has very generously offered to giveaway one copy of The Monday Morning Cooking Club to one lucky reader of Cook Republic.

To Win This Cookbook

1. You MUST be an AUSTRALIAN RESIDENT.
2. Leave A COMMENT to this post and tell me IF YOU WERE TO START A COOKING CLUB, WHAT WOULD IT BE AND WHAT WOULD YOU CALL IT??
3. Giveaway runs from August 24, 2012 to September 4, 2012. Winner will be picked by THE AUTHORS OF THE COOKBOOK based on originality and entertainment value of the answer and announced on the blog and my facebook page on September 5, 2012.
Good Luck guys!

MMCC On THe Interwebs

** COMMENTING IS NOW CLOSED ON THE GIVEAWAY. WINNER WILL BE ANNOUNCED SHORTLY **

This is what the fabulous girls of the Monday Morning Cooking Club had to say about how they picked a winner.

"The Virtual Kitchen” is such a great concept that resonates so strongly with the ethos of the Monday Morning Cooking Club. We love how it would bring together a group of likeminded people who really represent the wonderful melting pot that is Australia. How beautiful that friendships would form (despite the geographical distance) across the entire country, any loneliness might be abated and a new (and real!) community would be born; food, recipes, cultures and traditions could be shared, and new cultures and traditions in cooking and eating could then be created. And of course, these recipes would then all be written down and preserved for future generations! We love it! 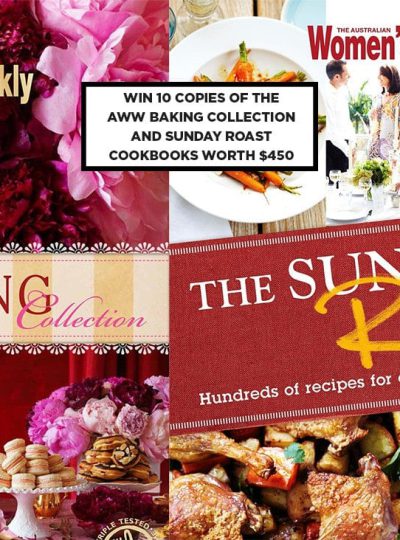 Almost 18 years ago I bought my first two cookbooks off the streets of Mumbai. One was a mini cookbook by Family Circle and the other was a pre-loved dog eared copy of the Australian Women's Weekly Chinese Cookbook. I cherished them like the prized treasure... 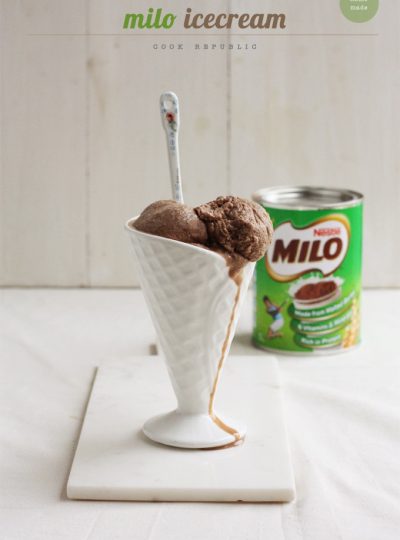 Today I saw the temperature gauge in my car hit 48 degree Celcius (118 degree Fahrenheit). That would be like sitting inside an oven while slow baking one of Donna Hay's cakes. After a drive to Sydney's Entertainment Quarter to spend some time at the pop-up... 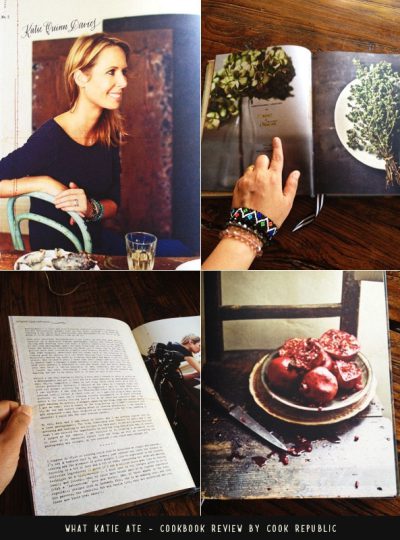 I first came across Katie Quinn Davies' blog What Katie Ate a couple of years ago after following an article link for Donna Hay's general store in Sydney. Struck by the raw honest quality of the pictures on her blog, I became a devout follower. Katie's story is...