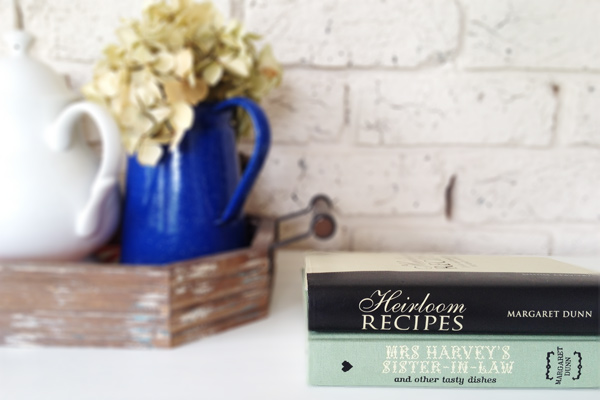 Last year, I came a cross a dear little cookbook with a dust jacket designed to mimic a leather bound, hand stitched journal. It was simply called Heirloom Recipes – Dishes and stories from the family cookbook. The real surprise came when I took off the dust jacket to reveal a gorgeous letter pressed and illustrated book cover that proclaimed the book’s name to be Mrs. Harvey’s Sister-In-Law And Other Tasty Dishes. Cheeky and old fashioned. I had to be buy it.
"A nostalgic recreation of a 1970s classic which embraces the time honoured practice of collecting and exchanging recipes, Mrs Harvey’s "Sister in Law and Other Tasty Dishes" is a social history of food. Writer, historian, diplomat’s wife and hostess, Margaret Dunn has travelled the world with her handmade recipe journal, and it is brought to life in this beautifully presented recipe book." (excerpt from Amazon UK) 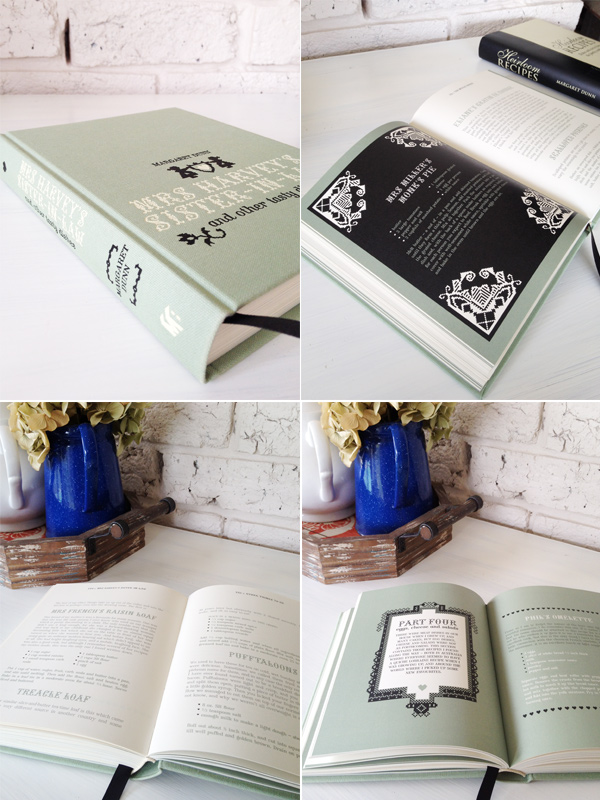 This cookbook has no pictures which formed part of the appeal for me. In the past, I couldn’t stand cookbooks without photos. Now, I can’t get enough of them. I love the idea of not knowing what the finished dish is going to look like. I love the build-up and excitement that comes as you near the end of the cooking process. It is a thrill I now strive for in the kitchen. The cookbook is beautifully designed with cross-stitch typography and cross-stitch illustrations used throughout. The book is liberally dotted with names of people who were meaningful to the author’s life and cooking. There are recipes for Mrs. Oodnadatta Jones’ Cream Puffs, Mrs. Miller’s Monk Pie, Fanny’s Rhubarb Souffle, Reg’s Dundee Cake, Pearl’s Tasmanian Rocks, Mr. Cutlack’s Tomato Pie, Madame Bossard’s Fondue, Lyle’s Rum And Walnut Cake, Diona’s Shrimp Creole, Mrs. Longbottom’s Shortbread, Jock’s Spinach Pancakes, Mrs. Dark’s Fig Jam and of course Mrs. Harvey’s Sister-In-Law (yes, that is a recipe!). Old fashioned! I told you!
The recipes and stories are divided in eight parts, each named as follows 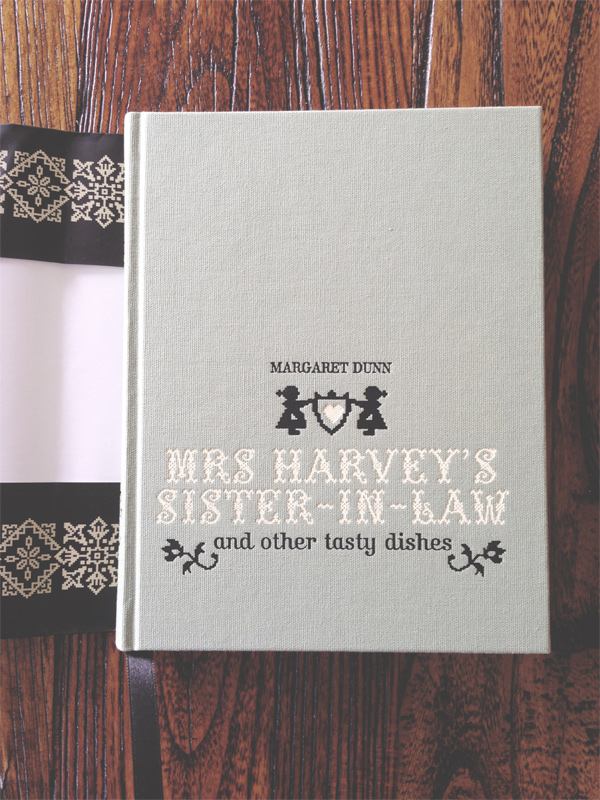 The chapter on Afters being the longest, I surmised that the author had a bit of a sweet tooth. Don’t we all? There are some amazing sweet recipes for delightful little cakes, puddings, biscuits, fritters, tarts, pancakes and pies. My most favourite is the Daisy Cake which I come back to time and time again. Besides complete recipes for a dish, the cookbook offers loads of tidbits and part recipes to make your own self-raising flour, tutti frutti, stuffings, preserves, sauces and dressings.
It is an Australian cookbook but includes recipes from the author’s travels and life in England, France, Greece, Switzerland, India and America as well. It was put together from a handwritten journal of recipes the author carried with her everywhere she went. With a melting pot of anecdotes and recipes, Mrs. Harvey’s Sister-In-Law is a timeless cookbook that sits cheerily on my shelf and ocassionally takes me back to the days that were.
0shares
Thank you for subscribing! Please check your email for further instructions.