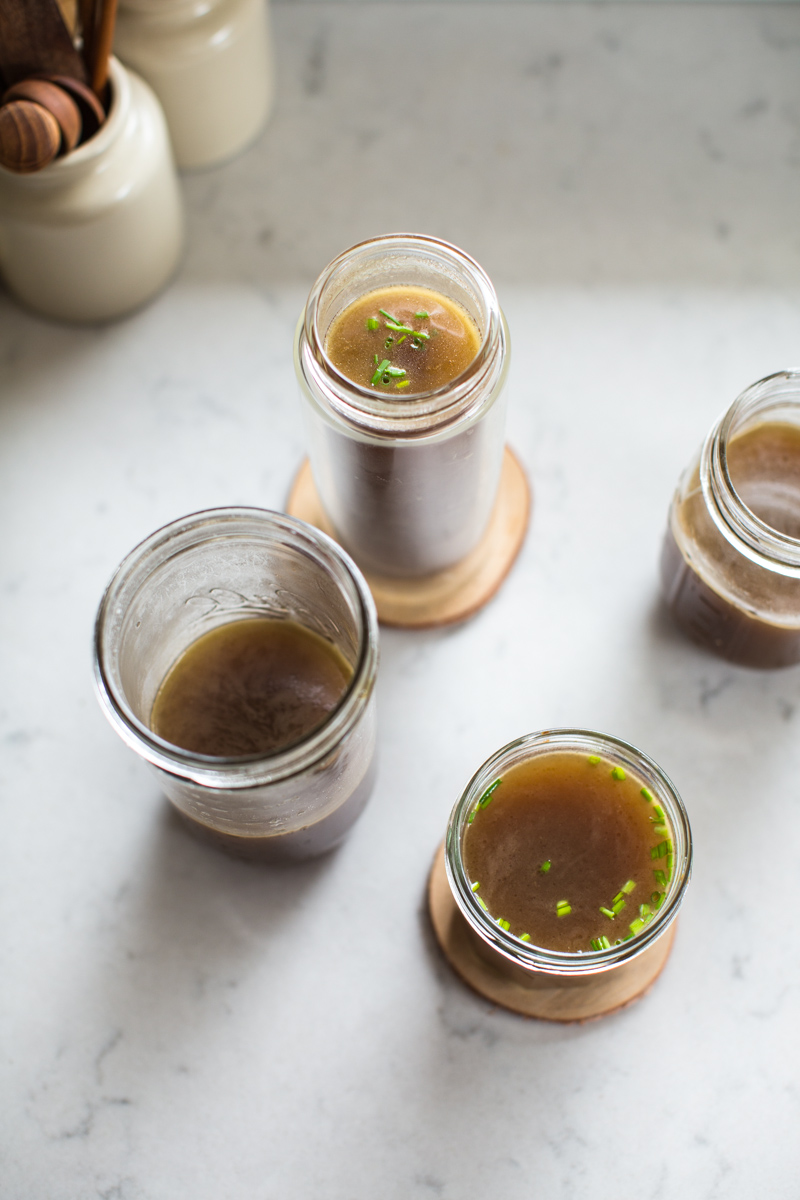 I have yet to try bone broth. I probably never will. I have never claimed to be a vegetarian. I do enjoy my occasional chicken, more frequent fish and the odd bowl of bolognese. But despite its professed health benefits, the idea of drinking very meaty concentrated stock made from bones doesn’t appeal to me. A broth is essentially a stock more concentrated in flavour so you can enjoy it straight up as a hot beverage rather than use it as a base for cooking. As an alternative to bone broths, I started experimenting with rich mushroom broths that have slowly warmed me up to the vegan broth drinking culture. This umami flavoured broth, I will happily down every winter morning if need be.

The idea of creating a mushroom broth isn’t new, but the carefully balanced flavour structure of this broth that I have been trying to concoct will make you want to drink this frequently – in a big mug. When mushrooms are cooked and concentrated slowly, they release nutrients that are known to boost your immunity.  I have a lot of love for mushrooms. They are the underdogs of the great meat free movement, the only non-animal natural source of Vitamin D. Did you know that when mushrooms are exposed to sunlight or the UV light in sunlight, they naturally generate Vitamin D? Vitamin D enhances bone strength and calcium absorption and is needed much more in winter when the sun refuses to come out on most days. Aussie mushroom farmers often expose harvested mushrooms to UV light to boost their Vitamin D content. You can also do this at home by placing your regular store bought mushrooms in gentle winter sunlight for an hour prior to cooking.

Regular consumption of a broth like this over a prolonged period is known to reduce age degeneration, provide concentrated doses of potassium to reduce cholesterol and provide a comforting natural cure to the age-old cold and flu. I love that this simple yet delicious recipe can travel in a hot thermos for weekend meanderings through the bush and also transition to a sophisticated entrée in a shallow soup plate sprinkled with some chives and truffle oil. I like to make a big batch and freeze it in one cup portions, so I can pop one in a mug and microwave it when I need a hot boost on a cold morning.

I used a mix of Swiss Brown, mixed forest including pine, oyster and shiitake mushrooms. You could also add enoki, shimeji, portobellos or white button mushrooms. The flavour profiles of all mushrooms are slightly different with the underlying tone being earthy and robust. Shiitake mushrooms are one of the most nutrient dense mushrooms around barring the medicinal varieties and are easily available here on our Australian mushroom scene. Be sure to build your broth on a shiitake base along with more meaty varieties like Portobello.

A robust, slow simmered, clear broth of mushrooms packed with that coveted umami flavour and nutrients is perfect for sipping from a big, huggable mug on a particularly cold day. Great for vegans!

Note – This recipe was developed for Australian Mushroom Grower’s Association.

745 shares
Thank you for subscribing! Please check your email for further instructions.