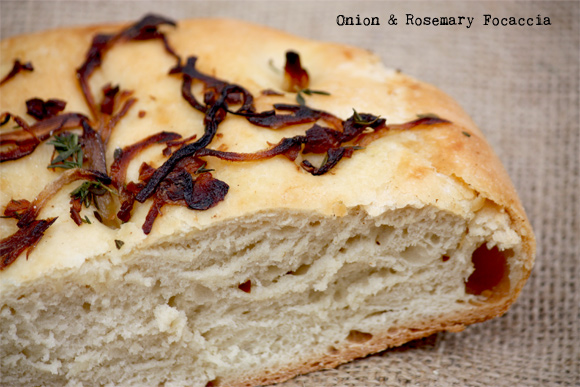 Rosemary is a beautiful herb and it grows like a weed. My front yard has a sparse rosemary bush with leaves as fine as needles. My backyard on the other end has a lush, native variety of rosemary that has thrived in the past 2 years with flushes of beautiful blue flowers and is now the proud parent of 6 little rosemary bushes that have sprung from cuttings I took. An interesting little fact that not a lot of people know is the importance of rosemary and Anzac Day in Australia. After the battle of Gallipoli, there were no flowers in the sparse terrain surrounding the graves. The only greenery around was rosemary bushes and so that was used to adorn the graves. As a remembrance of that time, sprigs of rosemary are worn on Anzac Day.

Winter truly set in this time. I believe it was colder than last year. On the onset of July in 2010, we had our coldest day yet with sleet on our skylights and windscreens as temperatures dropped to 1 degree. Nothing says winter like open fires and warm, crusty bread fresh from the oven; ready to be dunked in a bowl of hot pumpkin soup. Since we closed our fireplace a couple of years ago, a warm crusty bread will suffice for now. I made this recipe for Onion And Focaccia Bread from Michele Cranston’s Comfort – Real Simple Food. The book is from the Marie Claire series of books celebrating simple home cooked food and I turn to this one every time the weather turns cold. 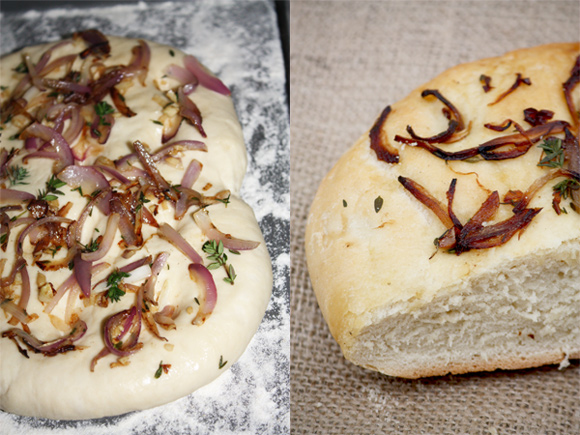 Put the unsifted flour in a large bowl.Add the salt and stir lightly. In a small bowl, combine yeast 1 1/4 cups of water and sugar. Set aside for 10 minutes. When the mixture starts to froth, add it to the flour along with the oil. With clean hands, work the ingredients together to form a loose dough ball. Turn the dough onto a lightly floured work surface. Knead the dough till smooth and elastic. Put the dough in a greased bowl and cover with a tea towel. Rest in a warm place for about an hour till it doubles in size.

Put the dough onto a lightly greased 35 x 27 cm baking tray. Press it gently until it covers the tray. Use fingers to make dimples in the dough. Leave it in the warm place to rise for 20 minutes. Preheat the oven to 200°C [400°F].

Scatter the rosemary and sliced onion over the dough. Season liberally with sea salt and drizzle with extra virgin olive oil. Bake the focaccia for 20 minutes, until golden and cooked through. Cut into squares of desired size and serve warm or toasted.