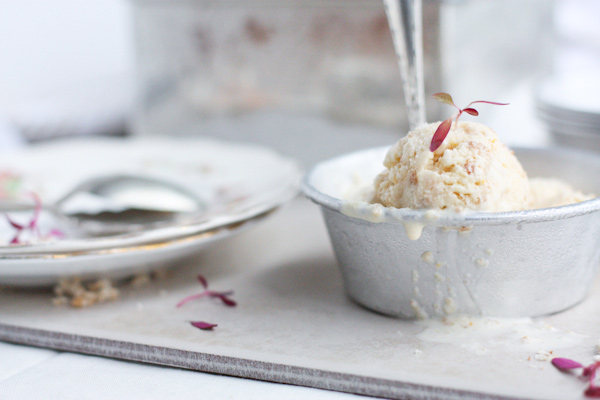 Brown Bread And Rum No Churn Ice Cream. Tell me you want it! Scream it to me! Because it is THAT good! It will make you feel like naughty and nice, you know? those two little things that pop on either side of your head, one an angel in white and the other a devil in red. Naughty because the rum has a full bodied tipsy flavour and nice because it doesn't matter whether you had a healthy breakfast. You are eating brown bread for dessert!! 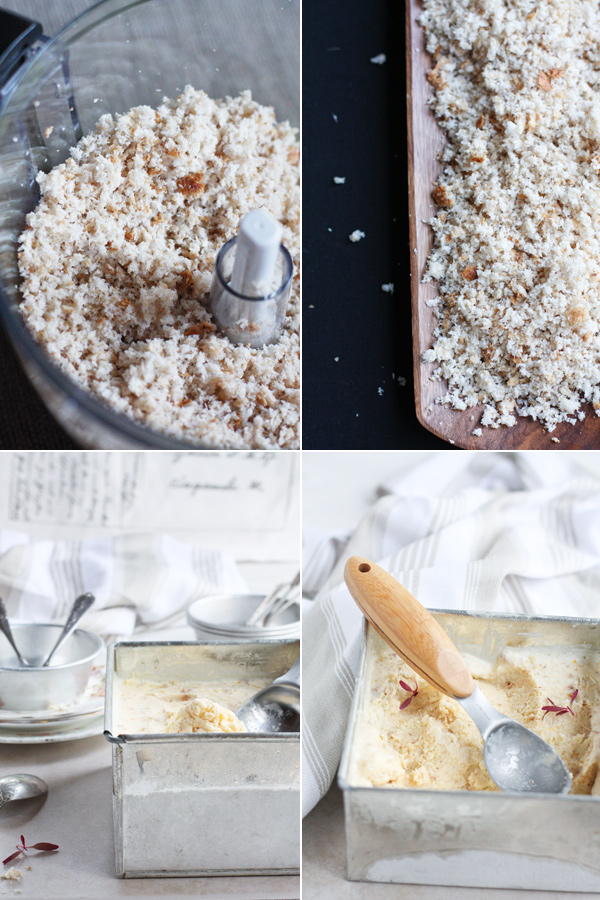 This is a brilliant recipe, the bread amazingly adds as a thickener so there is no need for cornflour or churning. It has a beautiful texture like cookies and cream. It has a zesty flavour and it looks amazing.But you know what the best part is? The no-churn bit. This makes the recipe very approachable and accessible to everyone. I used five whole brown bread slices, crust and all. This is exactly the kind of whimsy and quirky recipe that makes my day! Skip the rum if you are making this for the kids as well. I will next time, or maybe not and just keep it an adults only indulging treat. Feast your eyes on some chilled goodnes or scroll straight down to the recipe! 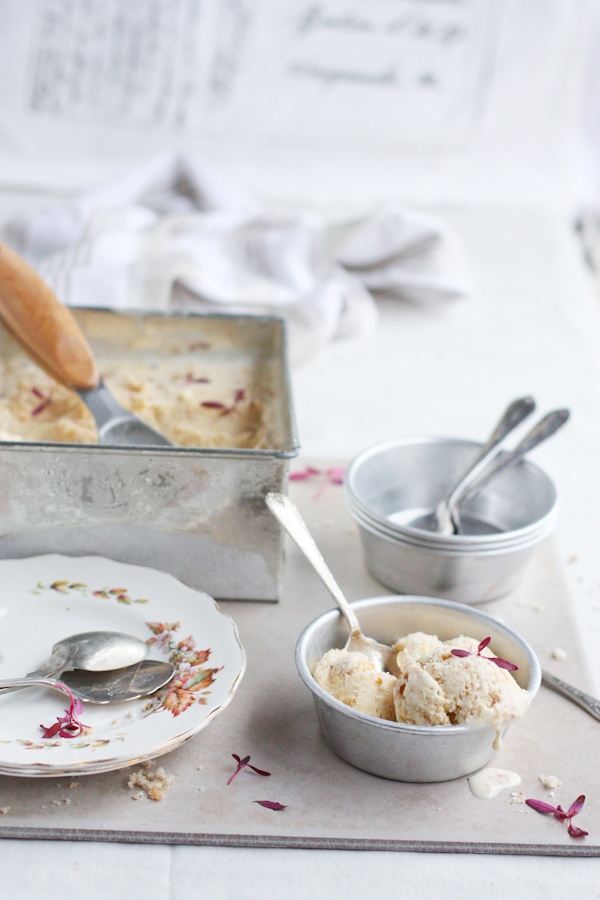 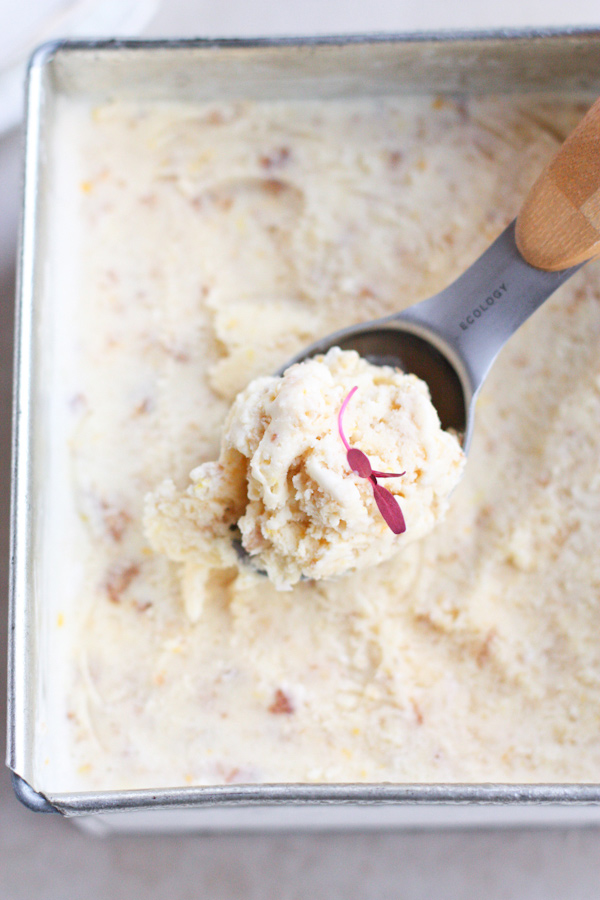 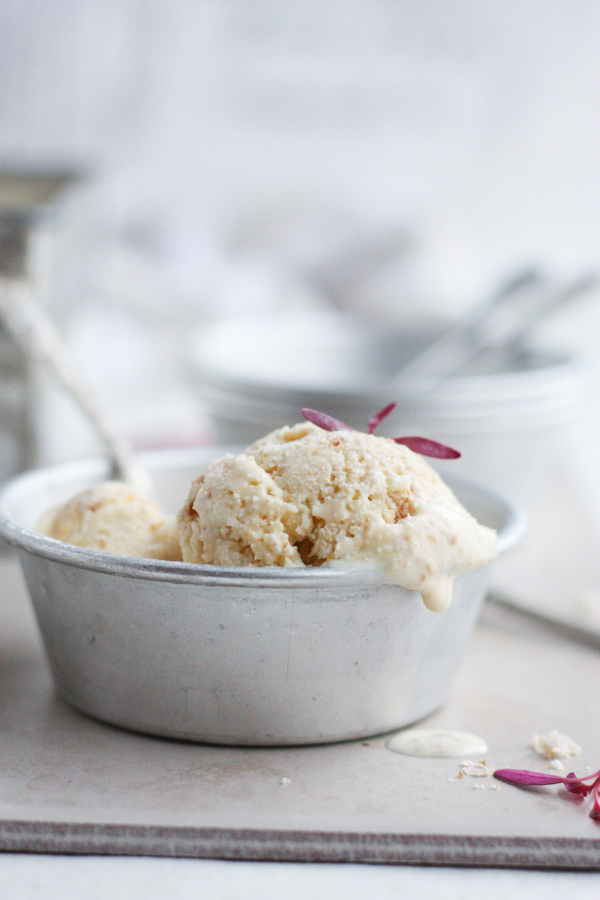 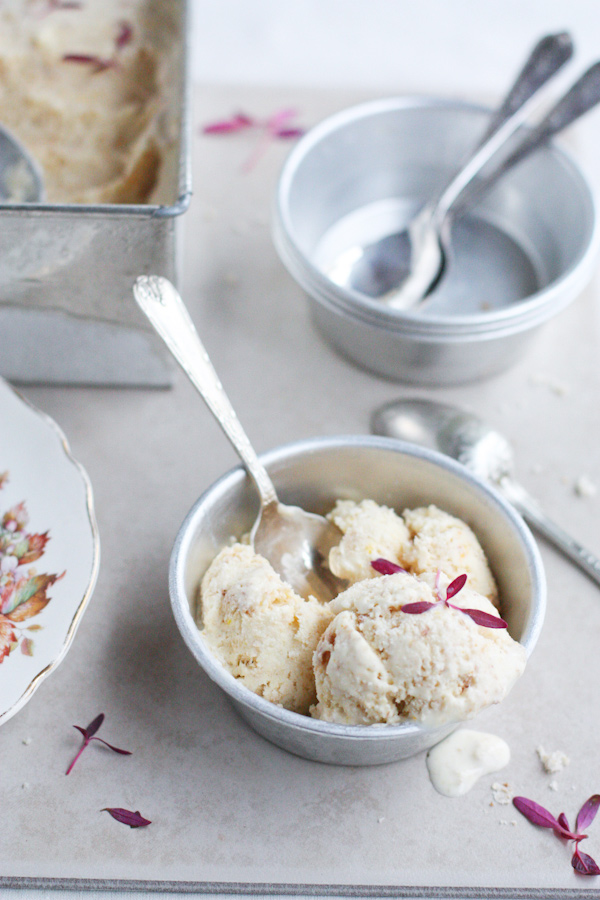 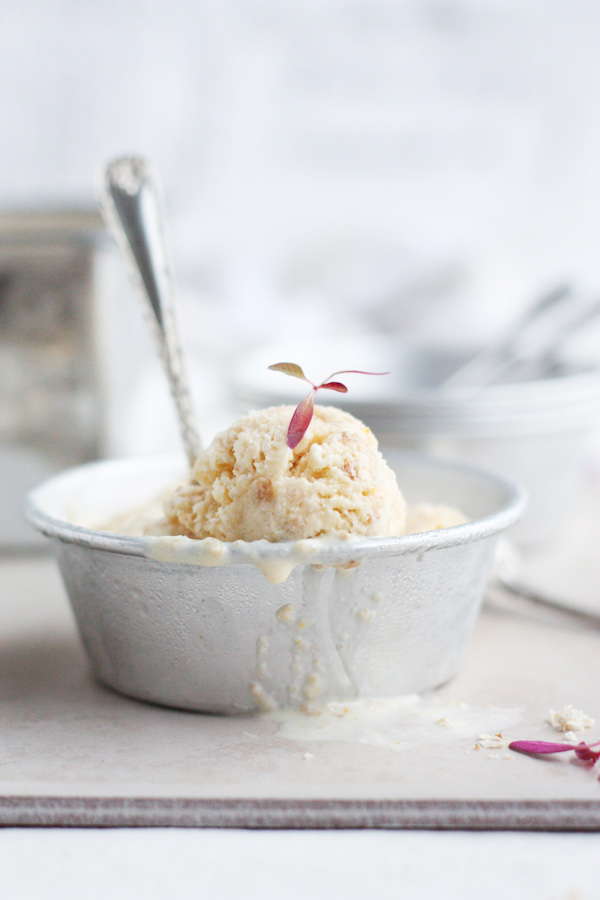 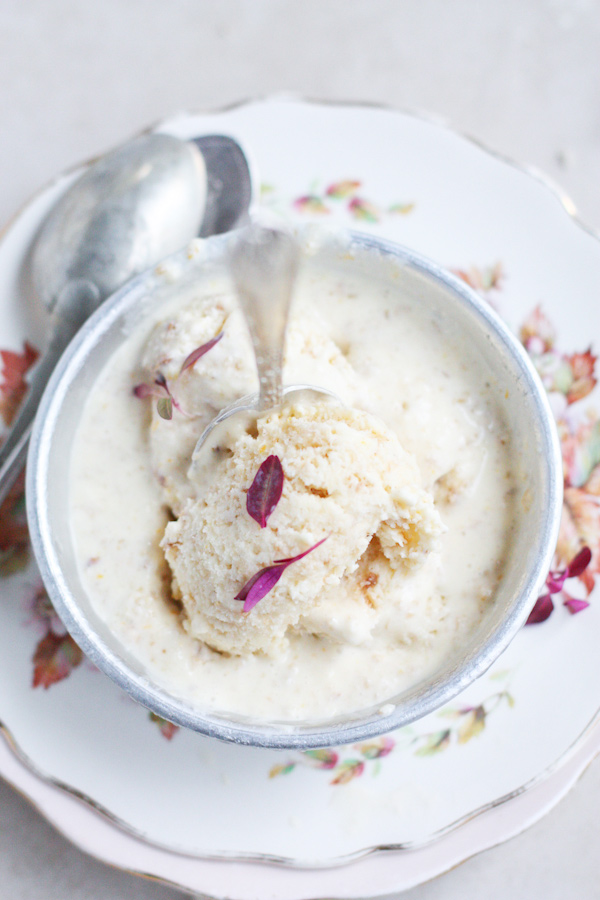 Put the milk and sugar in a saucepan over medium heat. Cook, stirring constantly for a few minutes until sugar has dissolved and milk is about to boil. Remove from heat.
Whisk egg yolks in a large bowl. Whisk in half of the hot milk mixture until smooth. Whisk in the remaining milk mixture. Transfer egg and milk mixture to saucepan. Cook, stirring constantly over low to medium heat for approximately 8 minutes till the mixture thickens and coats the back of the spoon. Do not boil. Set aside to cool.
Add the breadcrumbs, rum and orange zest, stir. Cover and refrigerate until cold.
Beat the cream in a large bowl until it forms soft peaks (3-5 minutes). Fold the cream in the cold custard. Pour into a tin container, cover with cling foil and freeze for at least 6 hours.
Soften in the fridge for 20 minutes before serving.

Do not use dry breadcrumbs. The ice cream will not set.
Stir and stir constantly, or else the mixture will stick to the pan and burn.
Cool milk mixture to just warm  before adding the egg or else you will end up with scrambled egg custard.
Enjoy responsibly.