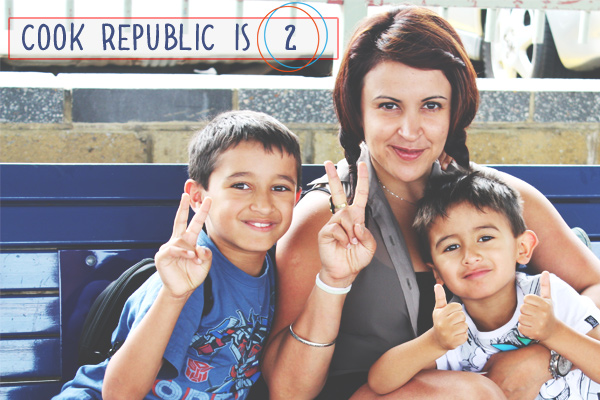 Cook Republic is 2! Holy moly, Guacamole! (In the words of Billy Law of Masterchef Australia Season 3 fame.) Where has the time flown? A year ago when I sat down and finished writing my 1st anniversary post, I thought to myself; "Gosh! What an eventful year it has been! There is no way I am going to be able to top that!" Boy, was I wrong! 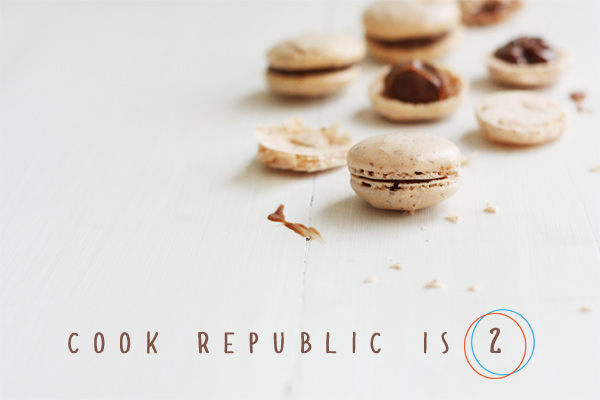 To those of you who are new to the party, I have been blogging for nearly seven years but Cook Republic is only two. And like a toddler, it is ready to leave my arms and explore the world on its unsteady but excited feet. The year that has gone by has been exciting beyond my wildest dreams. I have met some of my food heroes, evolved as a cook and photographer, relaxed as a blogger, won some recognition and truly affirmed my calling for the rest of my life. This year my boys are growing more confident in the kitchen, we are totally addicted to Masterchef, we are trying to conquer every farmer's market that is out there, we are loving this earth more and trying to do out bit. Just like last year, I thought it would be fun to share some interesting facts, snippets and stories from the year that has been. I am also sharing lots of personal photos, a glimpse into our daily life, our adventures and sometimes the hilarity that ensues. 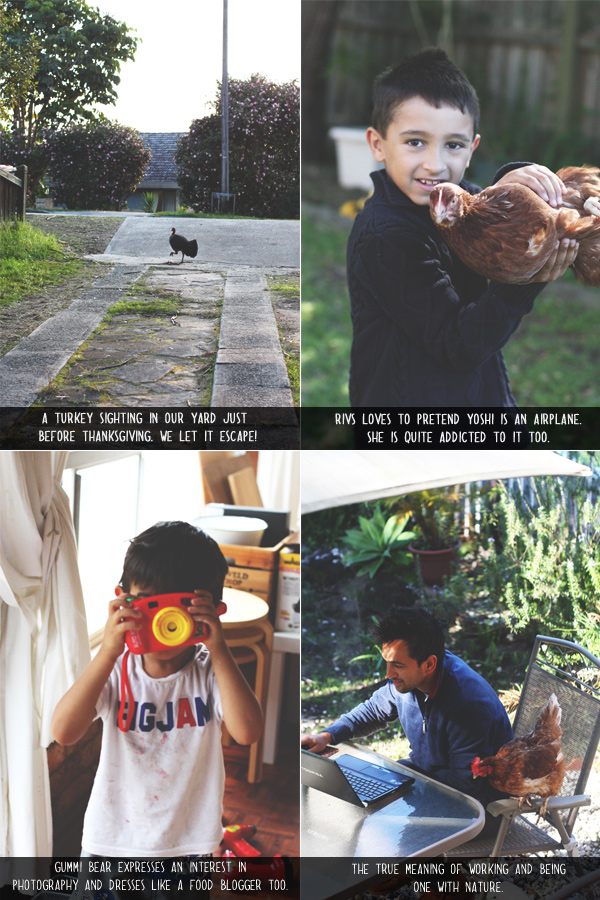 1. This anniversary post comes on the heels of my 300th post which was last week. This post also celebrates over 200 recipes on Cook Republic - cooked, styled, photographed and blogged. That is a lot of cooking.
2. The 2 Minute Nutella Mug Cake remains my most popular blog post to date with over 14,000 views. My top 10 most viewed posts on the blog have eight sweet posts and only two savoury. Thank you to all you sugar fiends! 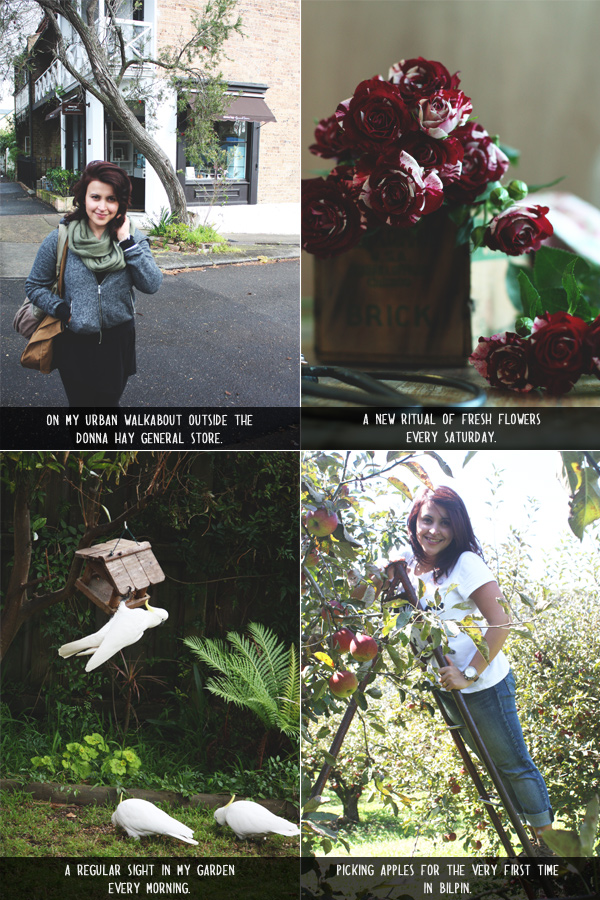 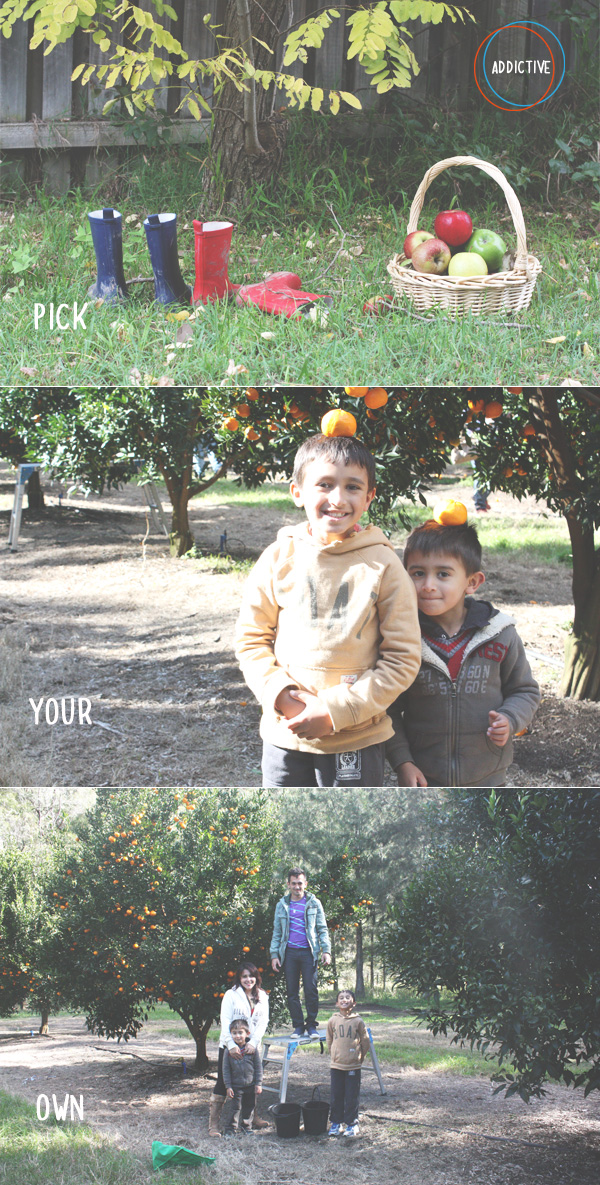 5. It was the year I was invited to be an ambassador for Malaysia Kitchen in Australia. It was an amazing experience to review local Malaysian restaurants and it reignited my love for Malaysian cuisine.
6. It was the year I was invited to a school kitchen garden community event, the brainchild of Australia's cooking dansereau Stephanie Alexander. I had the pleasure of meeting her and asking her some questions about her food philosophy. It was inspiring and uplifting to be in the company of someone like her.
7. It was the year I was paired with maverick chef Darren Robertson at the Pyrmont Growers' Markets as part of the Crave International Food Festival in Sydney. We were meant to cook as a team for patrons of the SIFF. That was also the day I met and spoke to Kylie Kwong. What a darling!
8. It was the year I did a feature on Heidi Swanson and her cookbook. Heidi posted links to some of the recipes I cooked on her blog 101 Cookbooks and they went viral. The Garlic & Quinoa Thyme Patties recipe has been pinned over 13,000 times on Pinterest; the most ever on CooK Republic!
9. One of the most poignant experiences of my life was the bread baking class at Brasserie Bread. It changed my life in a way I never thought it could. It affected me in a way I never thought it could. I later took Rivs for his first ever bread baking class and initiated his younger brother into baking a quick yeast bread at home. 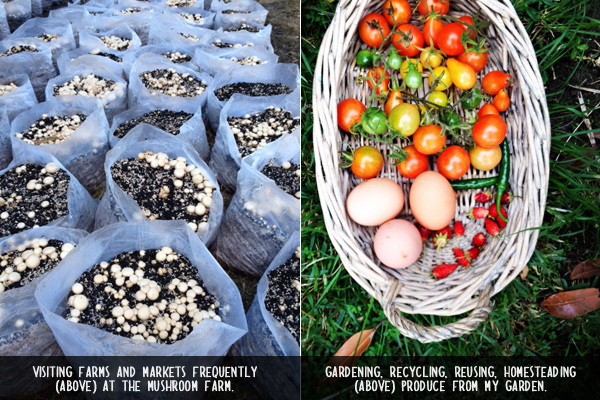 10. This was the year we built a chook house! Our four darling chooks are nearly a year old. Mario, Luigi, Yoshi and Toad! While Mario and Luigi are borderline sane, Yoshi thinks she is a quail (judging from the size of her eggs) and Toad, the biggest Australorp of them all is one scaredly cat. But not more than me. I am still very much terrified of death by chickens.
11. It was the year I won an amazing award. It was the 2nd Eat Drink Blog Food Photography competition in Australia and I won it!
12. It was the year I became a recipe tester for Billy Law's beautiful cookbook - Have You Eaten? (out in September 2012). I tested Billy's beautiful twice cooked pork belly recipe and an authentic recipe for Otak Otak. If those recipes are any indication of what is in the book, I just cannot wait to get my hands on it! 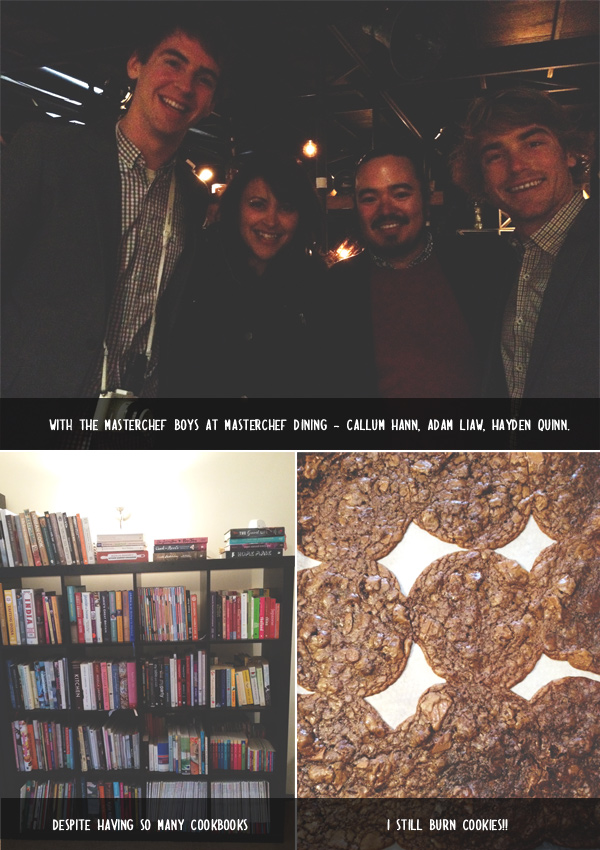 13. In the last year Cook Republic had 10 awesome giveaways.
14. It was the year I met some of my favourite Masterchef Australia contestants - Billy Law, Alvin Quah, Adam Liaw (funny as! love his witty humour.), Hayden Quinn, Callum Hann, Julie Goodwin, Marion Grasby and Jimmy Seervai.
15. A *food groupie squeal* moment at Masterchef Dining was when I was introduced as the blogger from Cook Republic and Adam Liaw said "Aah yes, I know your blog!" 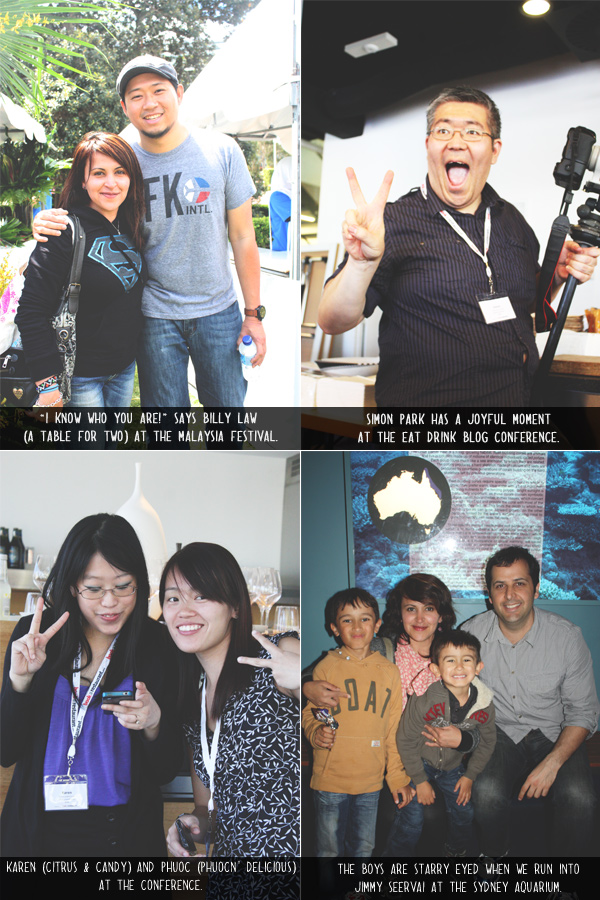 16. It was the year I attended my first food conference and met so many lovely people. In a heart to heart with Peter G (Souvlaki For The Soul) and Simon Park (The Heart Of Food) I learnt so much about photography. Simon even let me tout his heavy heavy gorgeous beast of a camera.
17. It was the year I built my food styling arsenal from a meagre 20 pieces to over 400 pieces, slowly and steadily. 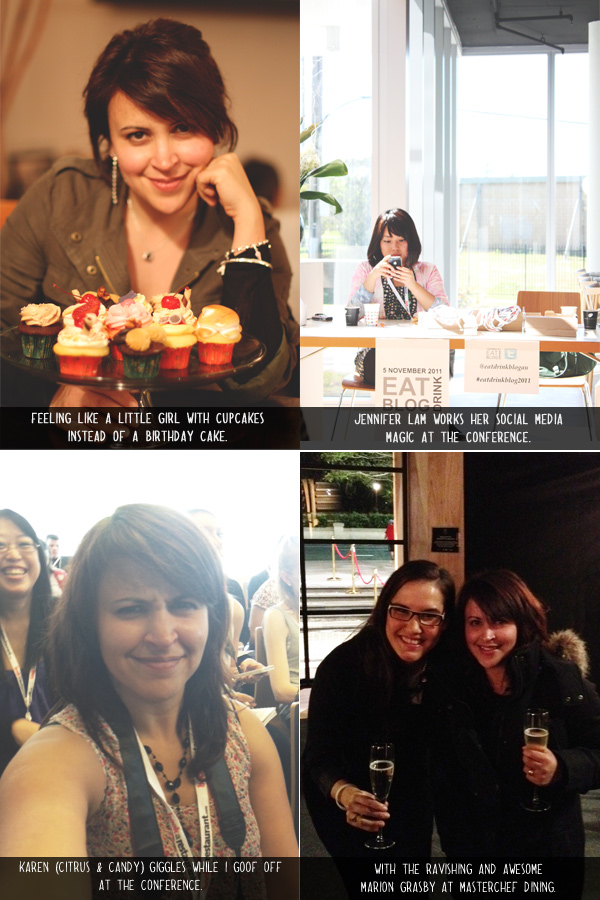 18. And for the very first time - I went camping and cooked on an open fire. I went apple picking. I was succesful at baking macarons. I went on an urban walkabout. I cooked with quinoa. I had dipping dots ice cream. I cooked for my hens. I let my boys have free reign in the kitchen. I bought a Kitchenaid. I bounced on a trampoline. I climbed up a lighthouse. I picked freshly laid eggs. I grew a micro herb garden. I had a cupcake-birthday-cake for my birthday. 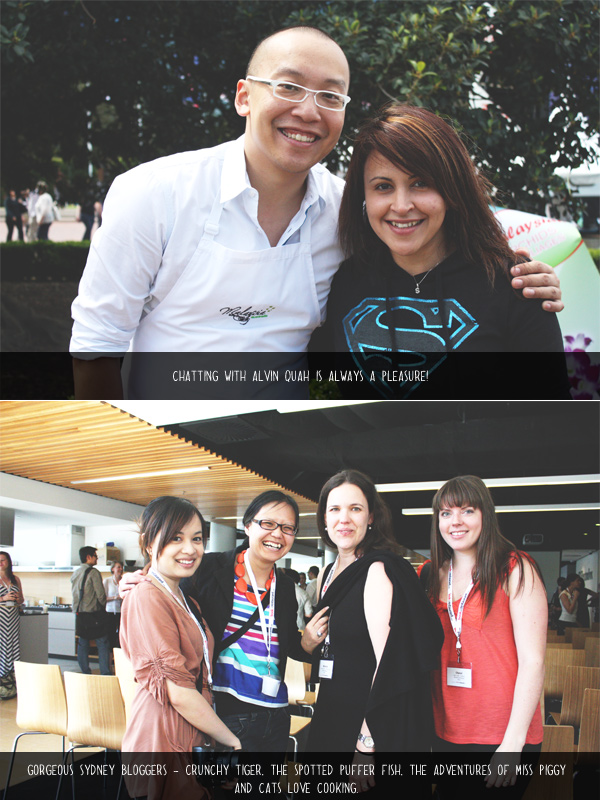 Here is to the next year!
xx 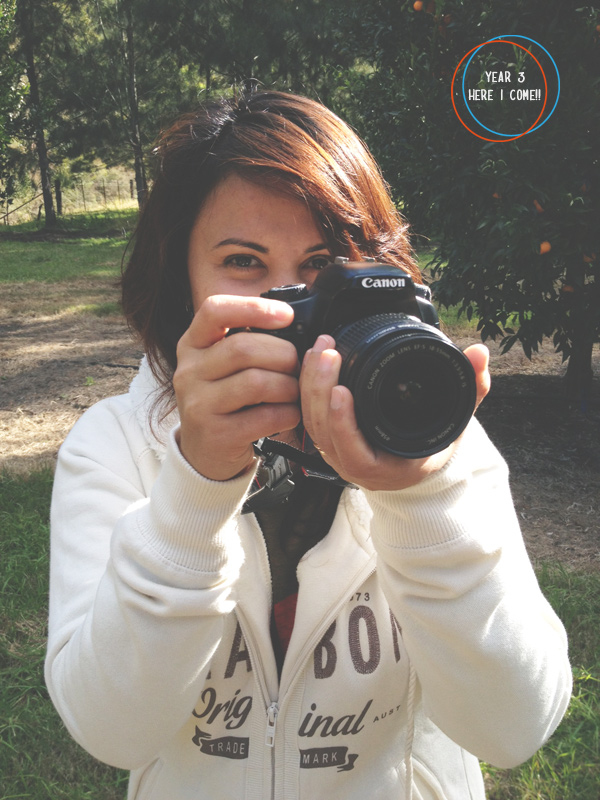