As always I was very eager to get my hands on the new Autumn Issue of my favourite Donna Hay magazine. And guess what the central photo spread was about? Apple Picking!!! Yep, the number one thing on my "to do before 35" list. Naturally I was enthralled by the gorgeous photography and page after page of delicious apple recipes. The layout was clean and simple, the emphasis on the fruit and abstract views of the orchard. One recipe in particular caught my eye. It was a simple recipe for "Apple Pudding with Butterscotch Sauce". I had to try it since we were also having a friend over for Easter lunch. So, I decided to tweak it. I ended up road-testing our new oven and eventually left with a few crumbs of the delicious pudding that turned out quite well. Here is the recipe for the "Upside Down Apple & Chocolate Pudding" that I made. 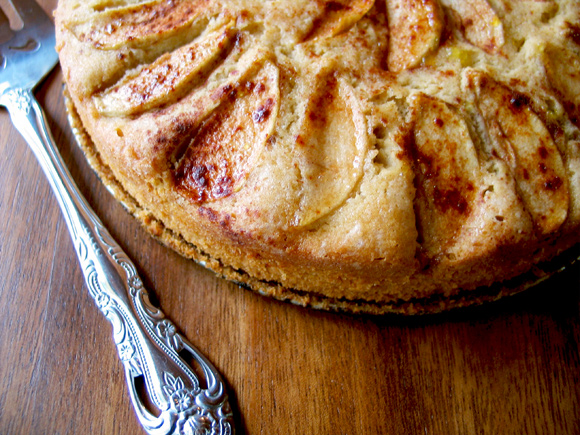 Combine the above ingredients in a bowl and toss to coat. Set aside.

Combine butter, sugar, vanilla extract and eggs in a bowl. Process with an electric beater until creamy. In a separate bowl, sift the flour. Add almond meal, ground cinnamon and chocolate. Fold the flour mixture into the wet mixture gently till combined. Stir in the milk. Line the base of a 6 or 8 inch springform pan with the apple slices. Pour over the pudding batter and bake at 180 deg C in a preheated oven for approximately 45 minutes until golden and springy to touch. Leave in the oven till ready to serve. Serve warm topped with fresh cream or ice-cream.